Famous for its Tomahawk!

Notable steak spot T Bob’s Corner closed up its original restaurant in Bedok North ahead of reopening in an entirely new location in Bras Basah.

T Bob’s Corner’s last day at 527 Bedok North Street 3 was on October 7, and it has reopened in the same building as Victoria Hotel, opposite Bras Basah Complex as of Sunday, November 8.

T Bob’s is particularly known for its range of barbecued meat, especially the massive 1.4kg Angus Tomahawk that they introduced back in 2016.

Since then, many other restaurants and even small hawker stalls have followed suit and added the tomahawk into their menus.

Rounding out the menu are other Western dishes, ranging from fish and chips, pasta, burgers, and chicken.

For this new location, the menu seems to remain largely the same so you can expect familiar favourites like BBQ Lamb and Beef Ribs, steaks and more.

The halal steakhouse started business in Bedok in 2016, and was spearheaded by then 24-year old Indah Nabielah and Executive Chef Arizal Aziz, 31.

The restaurant received a lot of media attention, especially when they introduced the Tomahawk, an unusual offering during that time. 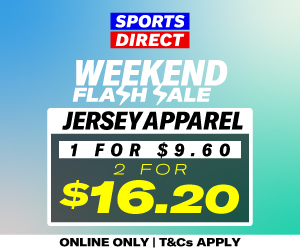 The rustic and vintage-inspired environs also attracted wedding clientele as well as large groups of diners.

In 2019, the steakhouse launched an outlet in Subang Jaya, Kuala Lumpur, its first in Malaysia.

At the time of writing, the restaurant’s website indicated that the outlet in temporary closed as it is in the midst of moving location.

Before T Bob’s Corner left its Bedok home, the restaurant offered up specials until that last day, such as a free truffle fries for every lamb rack, free salted egg calamari with every wagyu steak, and free beef nachos for every rice platter.

We’re unsure if they will be offering any promotions at the new location, so do follow them on social media to get notified if they do.